When I am not here on the blog you can see my nails on Instagram. I show almost all my manicures there. My name on Instagram is catharinalinder

Hope to see you there!
Upplagd av Nails by Catharina kl. 13:55 Inga kommentarer:

I have one polish that I keep looking at in the beauty shop, Paradoxal from Chanel. I think it is really beautiful and I keep telling myself that I will buy it one day. So far I haven't been able to justify it with over a hundred untried polishes and around 800 others. But, on my nails today is something just as good as Paradoxal.

This is Jungle Queen from the On Safari collection from China glaze. It is a muddy purple with a grey tone and a hint of lilac shimmer. To me this is very similar to Paradoxal, kind of close enough.

The formula was perfect and I used two coats to get opacity. 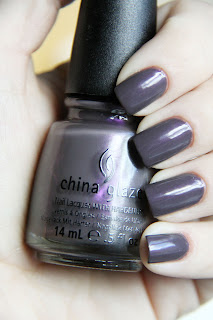 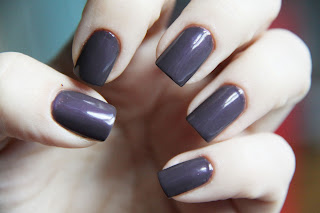 OPI You only live twice

It has been a rainy week in Sweden. Bad, bad fall weather. So the light for photographing nail polish has not been the best, but I managed to take some photos of  a real beauty in the begining of the week.

You only live twice shines on the nails. Even though this kind of color is seen now and then, I still like this a lot.

For opacity I used two coats. I had some trouble though controlling it on the nail, it slipped away several times and got on my cuticles. 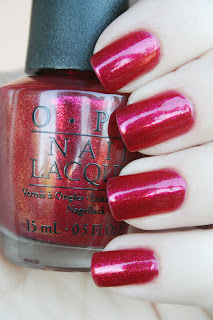 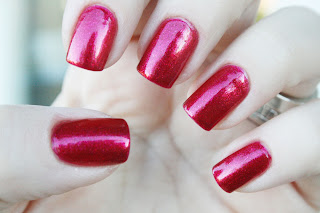 The man I have at home, he was shaking his head yesterday. He was watching a movie and I was sitting by the desk in the livingroom painting my nails. As usual. When I was finished I showed him my nails and he said "Hm, I don't like black polish".
"But this is not just black! Can't you see? It is has a green tone and golden glitter!" I responded. Talking really fast.
Then he was shaking his head even more. And I was just smiling. I have accepted that he will never understand this polish addiction that I have.
It is lucky I have you, my lovely readers.

The polish he was shaking his head at was Live and let die from OPIs wintercollection Skyfall. OPI call this a private jet black, hm. I don't really know what that means. To me this is more a dark, dark green. It has a dark green glitter and golden glitter that makes it feel like something more than just a black. Of course, the golden glitter is more visible in the bottle than on the nail. On the nails it gives the polish a depth. I like this one!

The formula was really great. It is very well pigmented so it is almost opaque in one coat. But I did two coats. 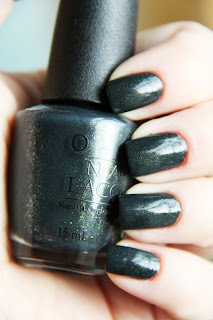 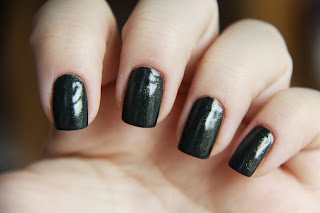 I didn't mean to buy this. I went to buy some other colors from Isadoras autumn collection Jewels of the orient, but they were already sold out. But when I saw Silk road, I totally fell in love. Although it has gold glitter. I normally don't like gold. Not on jewellery, not on my clothes and not on my nails. It is not just me. But this, this is something else.

Silk road is a blue foil with gold and purple flecks. This is so beautiful on the nails. It is intense but stil subtle. And the glassflecks makes it sparkle very nice. Way to go Isadora!

The formula was great. It was easy to work with, which I think foils often are, and I just needed two coats for opacity. 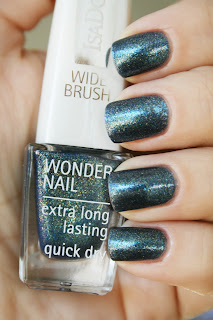 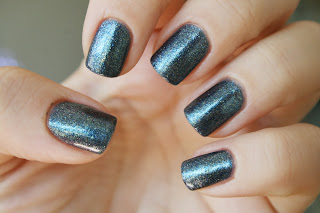 Went to a party

Yesterday, on a regular wednesday, me and a friend went to a bookreleaseparty in Stockholm. And when I go to a party I like matching my nails with my outfit. So, on my nails Olé caliente from Essie. 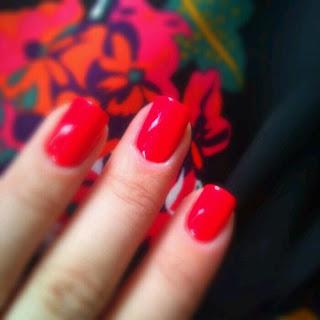 OPI Don't talk Bach to me

I tried to be a little crazy last week. Try something on the nails that normally isn't me, okey that can change from day to day but still, I know what I normally like, then the type of color can change from seson to season. You know dark colors in the autumn, pink, bright stuff in the summer. And lots of glitter when winter. But, Don't talk Bach to me didn't do it for me.

Don't talk Bach to me is from OPIs Germany collection. It is a color that stands out a little bit from the rest of the collection. It is with a green tone, or is it green with a yellow tone, with a silver shimmer. In the bottle it looks a bit interesting, but on the nails it just looks like, well, puke. It is not just beautiful.

But, hey, the formula was great. Two coats did it for opacity. 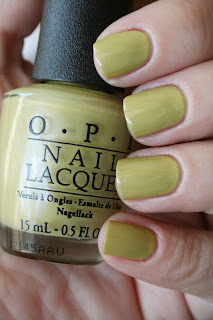 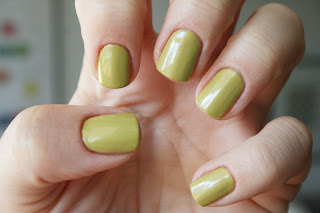 OPI The world is not enough

Okey, so here we go. The first polish to be tried from the Skyfall collection from OPI. I couldn't resist it very long and why should I? This is fun. And there are many polishes in this collection that I am longing to try.

The world is not enough is like a silver foil with a pink tone. Lots of pink actually. In the bottle it looks like it would be a duochrome and have a bit of green as well, but that is not so visible on the nails. The color is beautiful, but I am not wowed actually. I thought I would be, because it looks really great in the bottle, but on the nails it feels a bit safe.

The formula was on the thinner side, but three coats did it for opacity. It was easy to work with though and control. 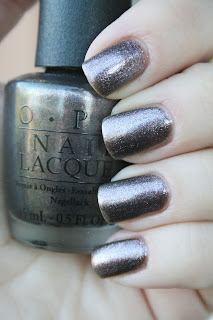 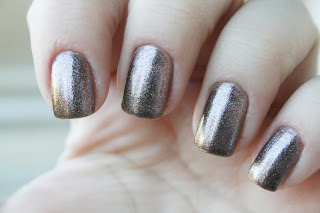 Nails by Catharina
Sweden
My name is Catharina and I write this blog. I work as a journalist and this blog is my personal project.

Always on the nail

When I paint my nails I always start with using Chip skip from OPI. Then I continue with Base coat from OPI and then I use as many layers of a nail polish that is needed.

After that I use a top coat. Sometimes Top coat from OPI, sometimes Seche Vite.

Sometimes I also use Drip dry from OPI which I think is really good.

The opinions in this blog is written by me and only me.
The only thing that can influence what I write is the quality of the products and how they work. After painting my nails for 20 years my demands are quite high and I can be a bit picky.

All the text and photos in this blog belongs to me. If you want to borrow something you have to email me first at nailsbycatharina@gmail.com.

Find your way around